Introduction d'entête
Since 2008, BRGM has been responsible for operational management of former mining sites in the Lorraine coal basin, on behalf of the French government. A major focus of this task is monitoring the rise in groundwater in Lower Triassic Sandstone (LTS).

In 2016, innovative work to drill "drawdown wells" began, in order to deal with this rise and prevent water from coming to the surface. The LTS water table is being replenished under the combined effects of an end to dewatering (pumping water out from the bottom of the mines) and reduced abstraction of industrial and drinking water. As a result, the emergence of waterlogged ground poses a potential threat to the cellars, foundations and gardens in certain built-up areas at the valley bottom.

Providing support and monitoring this phenomenon, along with prevention, are the core activities of BRGM’s Mine Safety and Risk Prevention Department (DPSM). The work is managed by State services in the regions (DREAL), which draw on the operational capabilities of the DPSM and the expertise of Géoderis, the public interest group formed by BRGM and INERIS to better identify the mechanisms, affected areas and major related issues. Besides using piezometers to better characterise and monitor this phenomenon, BRGM drilled drawdown wells in the affected parts of a district of the town of Creutzwald. A drawdown well is a structure that pumps out groundwater to reduce its level. Work was also undertaken on a smaller scale focusing on homes.

One million m3 of water pumped at Creutzwald

Each year, these wells pump out a cumulative volume of over one million cubic metres of water in Creutzwald alone! Abstraction from the water table complements pumping from shaft 1 of La Houve mine: in 2019, the DPSM carried out work to increase the pumping capacity from 100 to 250 m3 per hour.
This drawdown system has proved to be highly effective: the affected areas in the town centre are now dry. This kind of work, which is crucial for the development of communities, is a long-term project and a major challenge for the post-mining future of the Lorraine coal basin. 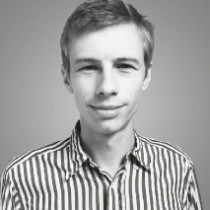