Geology and knowledge of the subsurface

Introduction d'entête
The Pyrenees project inaugurating the French Geological Reference Platform, launched by BRGM in 2013, was completed in 2019. The project studies, undertaken in collaboration with the Earth Sciences community, revised the geological history of the Pyrenees range and introduced an innovative mapping concept based on geological events.
Body

In 2010, knowledge of France’s geology was essentially based on the geological map of France, which BRGM had just completed. Comprising 1,030 printed sheets, compiled to the scale of 1:50,000 from over 70 years of geological survey data, the map nevertheless had its limitations: heterogeneous data, incomplete information, cartographic inconsistencies, geological uncertainties, and reflecting the state of knowledge only up to the date of publication. BRGM therefore launched a new programme: the French Geological Reference Platform (RGF), developed by the BRGM and designed to provide France with continuous, homogeneous and three-dimensional knowledge of its geology that can be updated on an ongoing basis.

The programme is organised into regional projects, which began in 2014 with the Pyrenees, starting with an inventory of existing documents that identified 59 separate map sheets. Research involving new field surveys was needed, not only to acquire new data but also to resolve existing inconsistencies and uncertainties. "Our five years of study answered important and previously unresolved questions of fundamental geology, by elucidating the plate tectonics mechanisms that shaped the continental crust of the Pyrenees range", explains geologist Thierry Baudin, who leads the RGF Pyrenees project.

One of the most important discoveries came with understanding the genesis of the Pyrenees, 100 million years ago. The research revealed a highly specific pattern in the formation of deep basins following the opening of the North Atlantic, in which the hot mantle below the Earth’s crust came into direct contact with basin sediments and the 30 km of crustal rock previously separating them "bled out" to the coast due to plate tectonics. This rare phenomenon was proven in the field. Another study brought an understanding of the processes by which thermal springs in the Têt valley reach the surface. The rise of hot springs predicted by a model incorporating the ancient Hercynian fault system, the location of known aquifers, their temperature and the permeability of the rock matched the observations made in the field.
As well as aligning all available data on the Pyrenees into a coherent set, the RGF includes an events-based dimension. "We wanted this new mapping system to deliver concepts accounting for the formation and evolution of rocks", says Thierry Baudin. "In other words, we wanted to enhance their lithostratigraphic representation by adding the chronology of events that have affected them from their origin to the present day, and so provide a full history of each rock." This interpretative database of events establishes the links between lithostratigraphic units and the various measurements and analyses that characterise them.

The RGF Pyrenees is therefore much more than a digital geological map: it is a digital platform that can store, organise and distribute all data on events and from field surveys and analyses of an entire mountain range that extends over 400 kilometres in length and rises to an elevation of nearly 3,500 metres. This repository of exhaustive knowledge on rocky environments evolves with every new advance in geological concepts and is delivered through a single map to the scale of 1:50,000, available from the InfoTerre website for use in all fields of application of the geosciences.
As Thierry Baudin explains, "the RGF was designed to supply all the information required to build 3D geological models and simulate processes where the aim is to address environmental issues calling on in-depth knowledge of near-surface geology, such as integrated water resource management, natural and anthropic risk management, urbanisation, spatial planning and energy supplies. In particular, it will make predictions upstream from field surveys in order to optimise research and expert studies". The ongoing 30-year RGF programme is now working on the Alps and the Paris Basin. 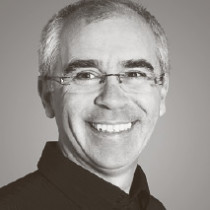